We are about to receive 10,000 Syrian refugees by the end of 2015, and another 15,000 by February 29, 2016. Some will be government sponsored, while many will be privately sponsored by motivated groups of citizens who are committed to welcoming Syrian families.

This influx of Syrian refugees is, in many ways, similar to the arrival of the Vietnamese Boat People in early 80s when the entire nation got involved in their reception and settlement. As part of that effort, both the Federal and Provincial government played leadership roles, and a 1986 study by Employment and Immigration Canada recommended that newcomers be settled more quickly and supported by settlement services. Also, Ontario Consultation on Reception Houses in 1987 recommended similar programs for newcomers. As a result of these recommendations the Metro Toronto HOST program was established in October of 1988 by a steering committee comprising of settlement service-providing organizations in Toronto.

Four years later, and precisely in October of 1992, this HOST program was incorporated to become CultureLink Settlement Services of Metropolitan Toronto. Therefore, CultureLink understands the needs of refugees relatively well.

Today, CultureLink is a household name and leading settlement service-provider in Toronto, one of the most diverse cities in the world. Today, CultureLink enjoys a reputation of being a welcoming environment for newcomers and a true reflection of our communities, which is evidenced by the talented and multilingual staff who serve clients in more than 30 languages.

Today, CultureLink is in a position to assist in the settlement and integration of the Syrian refugees as demonstrated by our long standing mission and history. We have a solid plan in place, which includes, but not limited to the revival of the HOST concept.

We have established a Donations Distribution Centre at our main location in Toronto; https://www.culturelink.ca/refugee/welcome/. 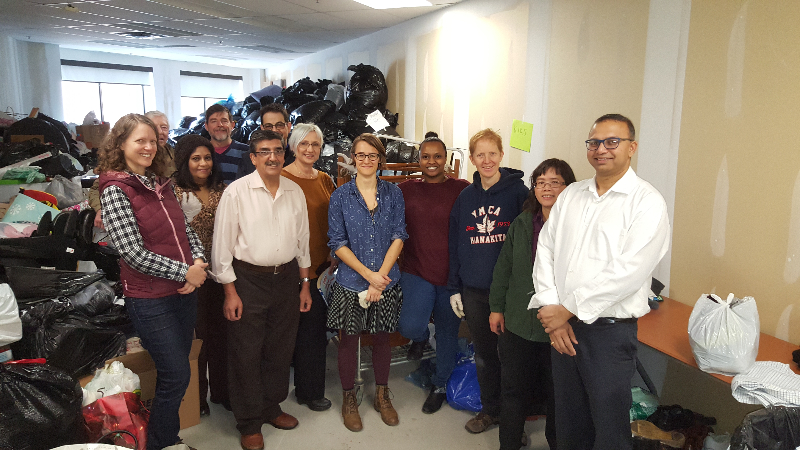