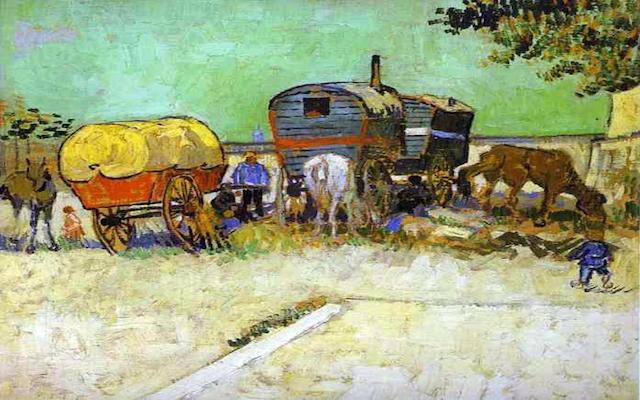 An elderly Czech Roma couple came to seek help with their application for Permanent Residence, after the Immigration & Refugee Board recognized them as refugees.   One of the many forms we had to complete asked about the siblings of the applicant.

When it came to the siblings of the wife she told us that she has two brothers, both called Jan, a Czech version of John.  This puzzled me, and so I asked if any of her parents had children before they started to live together.  To which she replayed that both her brothers have the same parents as she has.

This made little sense to me.  How can there be two brothers with the same name?   So I asked her, why would her parents give the same name to two of their children?  To this, the woman answered that when her mother gave birth to her second son, she forgot that she already had one named Jan!

I tried to understand this and asked other people in the Roma community if they know how such a thing could happen.  Most had no idea, but one of them told me that it could be because many Roma are not called by their official name but only by a nickname, which becomes the only name that anyone around them uses and the official name is forgotten.  Exhausted by giving birth, the mother could have forgotten that one of her son is already called Jan, because no one used that name for him.